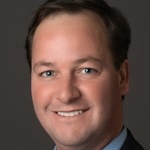 Phil began working in the financial industry in 1993.  He spent many of those years as an institutional equity trader managing risk positions in the markets for several Wall Street firms.  After moving into an advisor role with Morgan Stanley in 2010, he decided to join Martin/Wight & Company in 2012.

Along with working with his individual clients on their comprehensive planning, Phil also directs Martin/Wight's corporate retirement plan division.  He holds the designation of Accredited Investment Fiduciary (AIF) and holds the Series 7, Series 66 and Life & Health licenses.

Phil graduated from Denison University in 1993 with a Bachelor of Arts degree in Economics.

He lives in Towson with his wife and their three children.  He enjoys playing golf and being involved with his children's many sports activities.