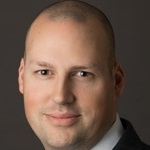 As the Sales Manager for Martin/Wight, Jake directly manages our team of financial advisors while recruiting new talent to the firm.

Prior to entering the financial services industry in 2005, Jake served five years in the Air Force as an officer in the Medical Service Corps. He then joined the Executive Development Program at Massachusetts Mutual Life Insurance Company and worked in various areas of the company. In 2007 Jake joined Martin/Wight and was named Sales Manager in 2010.

He earned his Bachelor of Science degree from the US Air Force Academy and a MBA from Babson College. He also holds the Chartered Financial Consultant (ChFC) designation.

Jake lives in Cockeysville, MD, with his wife, Anna, and their two daughters.